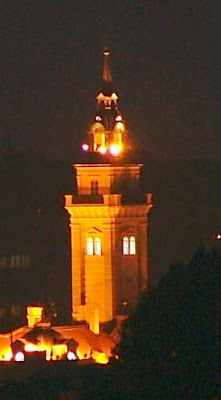 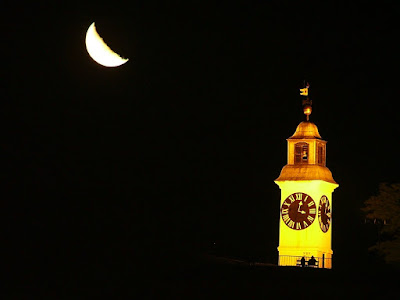 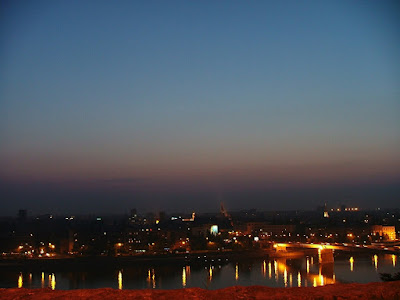 The capital of the Vojvodina region and an industrial center and port, its industries produce processed foods, textiles, electrical equipment, and munitions. It is the site of a major oil refinery. Known in the 16th cent., it rapidly developed as a commercial center, became an Orthodox episcopal see, and was made (1748) a royal free city of Austria-Hungary. In the 18th and early 19th cent. Novi Sad was the center of the Serbian literary revival. It was incorporated into the former Yugoslavia in 1918. The city has Serbian Orthodox churches, a university, and numerous cultural facilities.
Email ThisBlogThis!Share to TwitterShare to FacebookShare to Pinterest

Historical evidence related to the existence of Petrovaradin date from Roman times. On the shady sides of Fruska Gora there was the Roman fortification called Cusum. In the early Middle Ages Petrovaradin used to belong to Byzantium.In the second half of the 12th century it played a significant role in wars between Byzantium and Hungary. Hungarian King Bela IV donated Petrovaradin to Cistercian monastery Ukurd (which then got the name Belafonse) in 1237.After the Tartar invasion (1247-1252) Cistercians built the fortification in order to defend themselves. Some assume that in the second half of the 13th century, during the reign of King Dragutin Nemanjic, who ruled in a part of Srem, Petrovaradin belonged to the Serbian state.In 1463 the Assembly was held in Petrovaradin and the treaty was made on defence alliance between Hungary and Venice against Ottoman Empire. Still, the sultan Suleiman the Magnificent managed to conquer Petrovaradin in 1526.Petrovaradin was under the Turkish rule for more than 160 years, i.e. all until 1687 when it was taken over by the Austrian army. In 1694 the Turks launched the siege but it was in vain. For the last time the Turks tried to conquer it under the command of a great vizier Ali-beg but they were defeated by the army lead by Eugene de Savoy on August 5th, 1716 when the snow fell unexpectedly in the middle of summer.At the location of the previous fortress, on the hill that is 40 meters high, the building of the largest fortification in Austro- Hungarian Empire based on Voban's plans started in 1692. The first phase of construction lasted until 1726 and the second from 1753 to 1780. This was one of the most impressive buildings of military architecture of that time in Europe. The "Gibraltar on the Danube", as it used to be called, was built most intensively during the reign of the Empress Maria Theresa. The Fortress occupies the space of 112 ha, with a unique system of underground corridors, the total length of which is 16 km. At the beginning of the first Serbian Uprising first rebels' guns were assembled in the arsenal of the Fortress and later on smuggled from Srem into Macva. After the rebels had been defeated the leader of the uprising, Karadjordje, was the internee of the Fortress, together with his dukes. On June 12th 1849, during the Uprising, the Hungarian army bombarded Novi Sad from the Fortress and the city was almost completely destroyed. Petrovaradin got the attributes of the city sooner than Novi Sad. Thus, the sewer system leading from the Fortress up to the Danube was completed in 1725 while first sewer system in the city of Novi Sad was completed in 1880. All mail parcels were distributed through the Post Office in Petrovaradin and first Post Office in Novi Sad started working in 1853. The telegraph services were available in Petrovaradin in 1853 and in Novi Sad in 1857.
Email ThisBlogThis!Share to TwitterShare to FacebookShare to Pinterest

Novi Sad is located in the southern part of Europe, in Serbia, between the 19th and 20th degree of the east longitude and 45th and 46th degree of the north latitude.
It lies in the southern part of the Pannonian valley, mainly in Southern Backa, at the altitude of 72 to 80 m.
Novi Sad lies on the left bank of the river Danube, namely on the 1255th km of its flow and on the mouth of one of the magistral Danube-Tisa-Danube canals into the river Danube.
With 15 suburban settlements the territory of the City of Novi Sad encompasses the surface of 702,7 km2. The city with Petrovaradin and Sremska Kamenica occupies the space of 129,4 km2 while construction terrain occupies 106,2 km2.
The population of Novi Sad and its suburban settlements makes about 20% of the total population of Vojvodina.
It is the second largest city in Serbia.
The average air temperature in the city is 10,9ºC with the mean temperature in January of -1ºC and +21,6ºC in July.
Temperature extremes range from - 30,7ºC (January 24th, 1963) and + 41,5ºC (July 6th, 1950).
Annual precipitation is 686 mm and there are 122 days with different forms of rainfall.
The lowest water level of the river Danube is 70,83 m and the highest is 79,70 m. The highest water level that has ever been recorded was + 778 cm, while the lowest was - 134 cm.
Email ThisBlogThis!Share to TwitterShare to FacebookShare to Pinterest
Newer Posts Home
Subscribe to: Posts (Atom)